Home » What Does it Mean When a Bird hits Your Window? 5 Superstitions

What Does it Mean When a Bird hits Your Window? 5 Superstitions 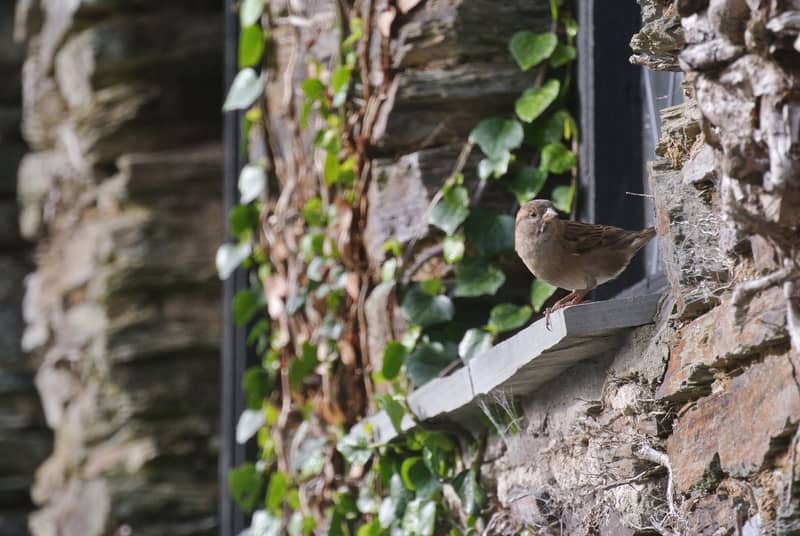 Do you know what does it mean when a bird hits your window? In this article, I will explain everything to you and talk about 5 superstitions.

Birds hitting your window are viewed by some traditions as just messengers. Some believe the bird represents goodwill, as well as those who think it symbolizes death.

Generally speaking, when a bird landing on a window represents a change. However, the fact that birds hits your windows is natural is not the point of this post. Your window is just an extension of the landscape in the bird’s eyes.

It makes no sense to fuss over superstitious beliefs and lose sleep. Knowing that a change is on the way will make a big difference!

What Does it Mean When a Bird Hits Your Window?

A bird flew into my window and died

Your window may have been crashed into by a bird that saw its reflection in the sky. However, if we brush off its feathers, the bird will fly away from you, regardless of superstitions, and that the bird’s presence is a reminder for you to prepare and fortify yourself for the looming threat.

When a bird crashes into your window and lingers dazed for a prolonged period or suddenly dies, you should be prepared for a spiritual death or a positive change.

But, on the other hand, seeing a bird could be a sign that your faith has waned and that your animal guide is always there, no matter what the circumstance may be.

Pecking at your window for an extended period, hitting your window, and dying, and entering your home and dying, the message is clear. Death, illness, or danger always indicates a bird flying into your window and perishes.

To get a better understanding of the messages, the birds are conveying. Therefore, it would be wise to think about tapping into your spiritual guides.

As a potent warning, birds hitting windows should not be taken lightly. It is customary for such a situation to be associated with a loved one’s death shortly, meaning they will die soon. However, it represents a more definitive end to an event in your life at the moment, as many imagine.

The bird looks at you

Birds are considered messengers of God, which is why they are imbued with spiritual meanings, and there is also a lot of superstition surrounding them.

Birds can bring messages of hope, good fortune, or goodwill, or they may signal danger, misfortune, and the end of life when birds look at you.

5 Superstitions About Birds flying into Window

Birds hitting your window symbolize a change in every tradition and culture.

There are several reasons why a bird frequents your window. You will soon experience a significant transition in your life.

You might also be facing new challenges. And you may also need to be patient as the problems are slowly disappearing.

From a biblical standpoint, let’s consider the story of Noah.

According to the Bible, a bird was sent out by Noah after the flood destroyed the world. Doves are birds that look for dry land to nest on. However, it always meant that dry land was still far away, and trouble was looming whenever it returned to the ark. As the water did not return, it was evident that it had dried out.

It is an incredible experience to watch a bird. They fly through the skies and across the earth, using their power of flight. Birds could deliver messages from the heavens through your window. Usually a dear friend or family member.

Deciphering God’s message from this phenomenon requires paying close attention. Birds are believed by ancient cultures to be intermediaries between humans and God.

Dead relatives may also send you relevant messages on important days. As soon as the earth was created, it is reported that birds flew through the vast heavens.

3. Financial Worries Consume Too Much Of Your Time

Dreams and reality can both be communicated through birds.

For example: seeing a bird fly through your window could mean your finances are in order. This is because you spend too much time thinking about finances. Signs like these can appear in dreams as well as in everyday life. God’s power to meet all your needs is apparent in both of these instances.

In the Bible, Jesus also talks about this. When you are that hungry, why worry about food, drink, and clothes? A bird of the sky was used to illustrate how unconcerned they are with a situation. This particular teaching of Jesus informs us that we should trust God’s ability to meet all our needs.

4. Death Is On The Horizon

5. They symbolize change or transformation

In spiritual terms, when birds frequently strike your window, especially when the same birds are hitting it, it indicates a significant transition coming up in your life. The transition term also signifies an end to a situation and the return to health.

This one can denote several things, but two are the most important.

A mystical perspective is that birds that come into windows communicate meaning to many people depending on their kind of birds and how they are perceived. Likewise, heaven or your departed loved ones can send you messages.

We guess your perspective has changed since you used to see birds hitting windows as an everyday occurrence.

There are many meanings that birds convey because they are mythical creatures.

The significance of this varies according to how the bird behaves before and after hitting the window and what type of bird it is.

Do you already know what does it mean when a bird hits your window? Please, if you have any questions, just leave a comment below.

5 thoughts on “What Does it Mean When a Bird hits Your Window? 5 Superstitions”