Home » What does it Mean When a Praying Mantis Lands on You?

What does it Mean When a Praying Mantis Lands on You? 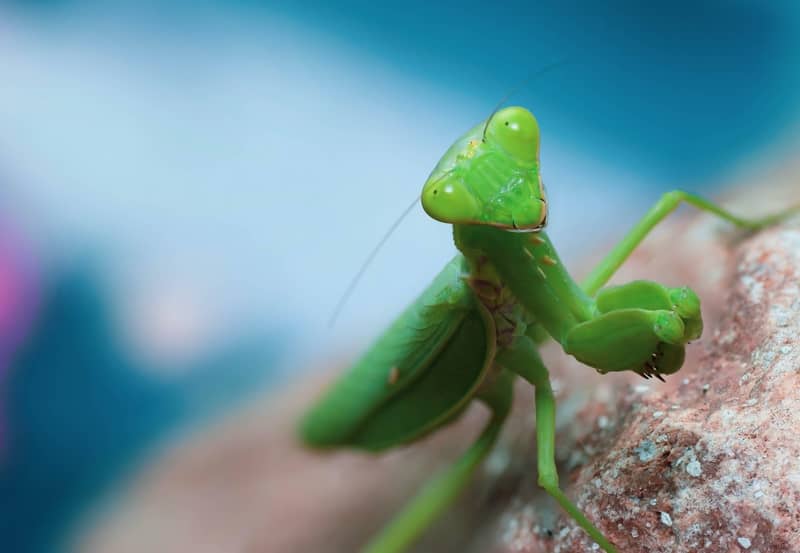 In this article I will explain what does it man when a praying mantis lands on you. So, simple continue reading the article bellow!

This beautiful but curious creature is characterized by its alien-like features and awkward movements, giving it a surreal appearance. Their undercover skills have been perfected so that they can seamlessly blend in with the world around them, making them almost impossible to spot.

A praying mantis that you spotted was doing so because it decided to step out from under its disguise and show itself to you. Nonetheless, the spiritual meaning of a praying mantis is that it represents trust, introspection, a new point of view, intuition, and spiritual connection.

The very fact that you have encountered the energies from other dimensions at the exact moment you have is, in many cases, a sign that they are sending you a message to take your inner guidance seriously and to be patient while they sort everything out.

What does it mean when a praying mantis lands on you?

Praying mantis has a variety of meanings depending on the context in which they are seen, how many times they are seen, and how they make you feel after having the experience of seeing them.

There are many ways you can interpret a praying mantis’s spiritual message, and you can learn how to pinpoint whether or not your praying mantis is the animal spirit guide of your animal totem.

This unusual insect belongs to a group of insects known as praying mantises. The antennae are arranged in the shape of fingers, and the legs form the shape of hands.

The term ‘mantis,’ is Greek and refers to a creature that resembles the posture of priests or priestesses in prayer, and it was thought that the insect represented the figure of a prophet.

The mantis, however, has been associated with several negative connotations due to certain traits and characteristics. For example, female mantises consume the mate they mate with during the mating process.

As a result, a comparison has been made with the black widow spider that kills both of its mates. There is a common belief that if a fat female mantis is caught during harvesting, the harvest will be abundant, but if a tiny male mantis is captured, the yield will be lean.

Many cultures consider stick bugs good omens, and praying mantises are rare, but good omens nonetheless. Especially valuable to the people of the United States are the praying mantises, as they have been proven to exterminate Japanese beetles.

Throughout history, the praying mantis has been called the Prophet, and an old superstition persists today, saying that it is a good omen when a praying mantis appears. The wenet, or praying mantis, is a prominent carved wooden decoration used on shields, drums, handles, and other objects that belonged to the Asmat lineage.

Finding a praying mantis in your home

This is a perfect sign if you see a praying mantis. There is a chance that you will experience good fortune in many ways, both big and small. By blending in with the earth and its colors, it represents the creation of peace and harmony with the planet.

This praying-mantis symbolism represents a state of calm, stillness, concentration, and focus.

If you come across a praying mantis, it is either good or bad luck, depending on which culture you are from

In some Christian traditions, the praying mantis is seen as a symbol of spiritualism or purity because of its hands that appear to be praying, and if you find one in your home, you may assume you have angels guarding you.

When we see praying mantis flying, there is a message a praying mantis conveys to those who are grieving the loss of a loved one or pet. That message is, all is well. Everything is as it should be.

A person who has incarnated with a unique spiritual affinity towards animals has determined the animal with the most robust connection to the animal spirit.

Then it is likely that a praying mantis is your animal spirit guide and animal totem that you see synchronistic sightings of these insects, that you are having dreams and visions of praying mantis, or that you have been thinking about them frequently.

It is essential not to take too much action when you see a dead praying mantis. It could be a sign that you are spending too much time introspection and meditation and not taking action.

And it is essential to be aware of the amount of energy you give to your spiritual growth when a dead praying mantis confronts you.

In addition, these insects symbolized a life cycle, a death cycle, and a resurrection cycle.

It is a singular sight to witness a praying mantis in its natural habitat. Their unique appearance mesmerizes all who have enjoyed seeing it, but it isn’t the easiest thing to discover. Because of their camouflage skills, they are the best in the world.

You should be aware that if you notice a praying mantis in a busy street during your daily life, you may find that you have been experiencing heightened awareness levels.

A curious thing about their state of stillness and contemplation is that they seem to affect the ones who spot them in the same way. It is pretty standard for us to see a praying mantis in the wild and observe it with similar intensity as they do with us.

Does the praying mantis symbolize death?

There is no significance to death associated with praying mantis.

Even though the natives of the area believed that praying mantises represented wealth and good fortune, they also stood for abundance and prominent families.

Besides being symbols of life and resurrection, these insects also depicted the cycle between life and death.

Is a praying mantis good luck?

The resting posture of a praying mantis resembles the hand position used by many religious figures in their ritual prayer to express their respect to the Divine.

Thus, the praying mantis is seen as a symbol of spirituality and purity in the Christian world. People are sure that visiting a praying mantis in their home signifies that angels are watching over them.

In Islam, prayer mantises are believed to rest with their bodies facing Mecca at all times while folding their forelimbs in front of their chests in prayer when in rest.

If someone asking for directions to the north asks the praying mantis, it will show them how its claws are lost.

Morocco believes that for someone who is lost if he encounters a mantis with its front legs, it will show him the way to the north.

In the African wilderness, there is a belief by the Bushmen that the praying mantis has great magical powers that will never dissipate. Therefore, the African Bushmen never touch them because they believe that they have special magical abilities.

So, do you already know what does it mean when a praying mantis lands on you? Please, free free to leave your comment bellow!

7 thoughts on “What does it Mean When a Praying Mantis Lands on You?”