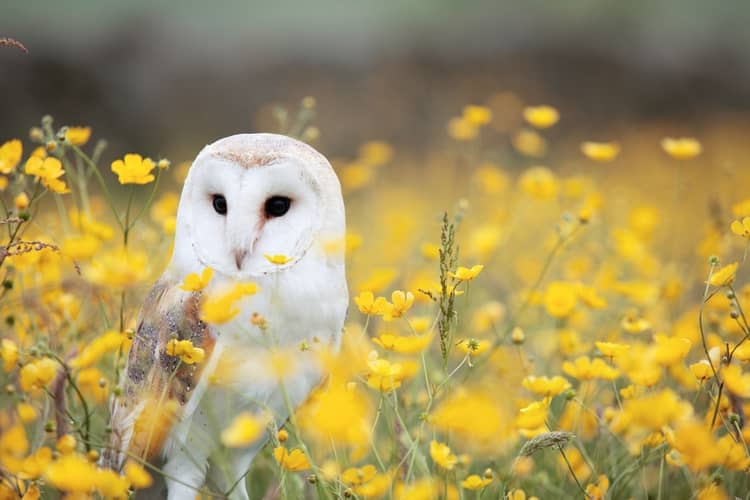 Do you know what is the white owl spiritual meaning and what does it mean seeing a white owl crossing your path?

The white owl is a common bird to be seen in movies and series a creature to be holding supernatural powers more specifically dark or with power. It represents danger in movies.

However, it is not the case in real life. The bird is rare to be found or seen. And is believed to symbolize guidance, wisdom, and protection.

However, you may have some more doubts in your mind about this rare creature and this link from the supernatural world. For instance, what does it symbolize? And what messages does it convey? What does it mean when you encounter a white owl? Well below are the answers to all your questions

What does it mean when you see a white owl?

The white owl will give you hope to overcome the challenges that you are facing. If you happen to see a white owl then it means that your intuition is telling you how fortunate and carefree things will be in the future.

It also signifies that something big was about to happen after seeing or encountering this bird, if really happened take caution on what you are doing or about to do.

The white owl symbolism has ancient roots, dating back to 3000 years ago, where it appeared in ancient Egyptian paintings, the theme of the great goddess.

However, this bird is also associated with many gods through history like Athena (Greece), (Horus) (Egypt), and Minerva (Rome). The white owl meaning or symbolism also connects with the goddess in Celtic mythology, appearing as a totem for wisdom and knowledge.

It tells you to endure a bit more and you’ll be successful in no time. It reminds you of how hard you have worked to be where you are today.

The white owl also tells you to not waste the recent opportunities you are getting just so you can not make hard decisions in life.

If you cross paths with one, it is time to think about who you can call upon as a helpmate for this new opportunity.

White owls are also known to be messengers of truth and foresight. It may warn you of false friends or those who want to take advantage of you. Don’t ignore the presence of the white owl as it could warn you of trouble headed your way.

Seeing a white owl is an omen that there will soon be good news. It can also mean that now is the time to reach out to those who have been waiting for you to do so, as they may have information or insight about what’s going on in your life.

The white owl can also be a sign that you’re on the right path, and a warning to avoid those who would hinder your success.

When you see a white owl it symbolizes hope

It tells you to never lose faith in yourself and what you do because soon good news will come and whatever decision you make will lead you to a bright future.

A white owl can be an omen of good news or fortune coming soon. If you cross paths with one, it is time to think about who you can call upon as a helpmate for this new opportunity.

What does a white owl symbolize?

While the owl is known as a messenger of death, seeing a white owl can mean that they are about to cancel out those feelings with some good news. The appearance of a white snowy owl forewarning something great ahead.

White owls represent wisdom and they’re going to give you a chance for redemption if you let them.

The white owl can be a pretty rare bird in some areas and hence it holds a special spiritual meaning. White owls are usually connected to matters of life and death. It represents inner peace, transformation, and wisdom. Moreover, people were also believed to be linked with witchcraft and magic.

In some cultures or civilizations, there are legends associated with this bird. For Native Indians of the United States, the white owl meaning is about protection from harm and it symbolizes an ancestor watching over their descendant.

In European culture, a white owl sighting is seen as a death omen. In fact, the white owl is commonly called a “ghost owl” or “death owl”.

In some countries, some myths regard the white owls as a guardian of treasure and wealth and will protect them from being discovered. Some people believe God sends the white owls to take them on their final journey, as a guide to the next world.

In Latin America, it is believed that if a white owl flies over someone’s head or perches nearby will have good fortune and happiness in love with being successful.

However, if this bird appears alone without any other bird nearby, it could mean bad luck. In Mexico, a white owl is considered a good luck charm for newlyweds.

In some parts of Europe, the white owl meaning is also about new beginnings and love symbolizes purity and innocence. This bird symbolism is positively recognized in many countries including China where it is called “The bringer of happiness”.

In Russia, this bird symbolizes wisdom and longevity and a white owl tattoo is commonly worn to symbolize these values.

A white owl can lead to a feeling of peace. If you encounter one, it may symbolize your true self or your higher self or your infinite self, whatever you want to call it.

Someone has seen the best in you and they are ready for things to work out. It means that everything will soon sort itself out and things will get better.

White owls are the perfect messenger for truth and foresight. Seeing a white owl crossing your path can convey messages to provide you with wisdom regarding relationships.

They may warn you of false friends or those who want to take advantage, but it is all about moving ahead in life after or during some hard times!

You are currently going through some sort of difficulties and challenges. It means that soon this will be over and things will get better soon for sure, like seeing a white owl crossing your path or meeting one.

If you find yourself near a white owl it is a sign of peace and wisdom so take your time to see it. Don’t ignore the presence of the white owl as it could warn you of trouble headed your way.

It tells you to never lose faith in yourself and what you do because soon good news will come.

It is time to think about who you can call upon as a helpmate for this new opportunity. White owls are also known to be messengers of truth and foresight.

It may warn you of false friends or those who want to take advantage of you. This is all about moving ahead in life after or during some hard times.

Your intuition is telling you that you will soon see a positive change in your life. The white owl symbolizes success and insight. It could also mean that under the hardship and challenges, the good news is coming.

When you see a white owl it means things will get better for sure and whatever decision you make will lead you to a bright future.

In some cultures, the white owl symbolism is related to death and bad omens. For instance, in ancient Rome, seeing a white owl was believed to be an omen of death or impending doom. The bird has also been closely associated with the occult and used for witchcraft purposes.

Since you are encountering an owl at night you should not be shocked as it is the most alike time to see one. White owls are considered to be caring for a positive and spiritual vibe.

And also brings you close to the almighty. However, in the case of you seeing a white owl at night, it is vice versa.

Owls at night represent the dark meaning of the physical world. You are thinking about your fears.

You fear change among other things while trying to move on in life.

If the owl looks away from you it may represent fear of truth, but if it is looking at you directly in the eyes this means you need to work with something/someone to achieve true happiness and love for yourself.

Owls at night may also represent feeling injustice of some sort. It can be self-created or it can come from an unknown source. You may feel like you don’t deserve to receive something good in your life or someone close to you is trying their best to make things difficult on purpose.

What does a white owl mean in a dream?

It holds the same meaning when you see a white owl in your dreams. It reflects wisdom, choice, transformation, etc.

However, it can hold some other meaning for you. If you see a white owl in your dream it could represent the beginning of something new.

Furthermore, this sign may mean that you are needing to do some serious self-reflection. It is time for you to look within yourself and find ways to improve upon things.

In some other situations, it may also mean for you to happen things that you didn’t think were possible. For instance, you can get a work promotion that you weren’t expecting or you can recover from something you think was not possible.

Spiritual beings usually take the form of a white owl in dreams or in physical form to convey a message. Since it is easier to notice and also has a calming yet encouraging vibe. And it’s more common for people to note that they got a visit from a spiritual being.

Moreover, white owls are viewed as symbols of peace and purity. These birds are often used to symbolize wisdom due to their high intelligence levels.

However, this may not be the only reason they are associated with wise people; some people believe that owls are actually more in touch with the spiritual side of things. Owls also represent protection, which is why many cultures use them on banners and flags.

Thus, the spiritual master is the main reason why people believe to see white owls as a good omen. It can bring you happiness and love by protecting you from evil spirits and bad luck. However, if you do not like owls then it will be hard for you to notice their meanings.

The white owl meaning can be easily interpreted as a good omen when seen to be delivering messages. If you are transitioning in life then it can also show up for you in your dream guide to give you inner peace.

However, it is not necessary that if you see an owl then the meaning will be positive. It depends on your past experiences and also whether you like them or not.

So, do you already know what is the white owl spiritual meaning and symbolism? Please, feel free to share your comments below!