Home » What does it mean when you see a rabbit?

What does it mean when you see a rabbit? 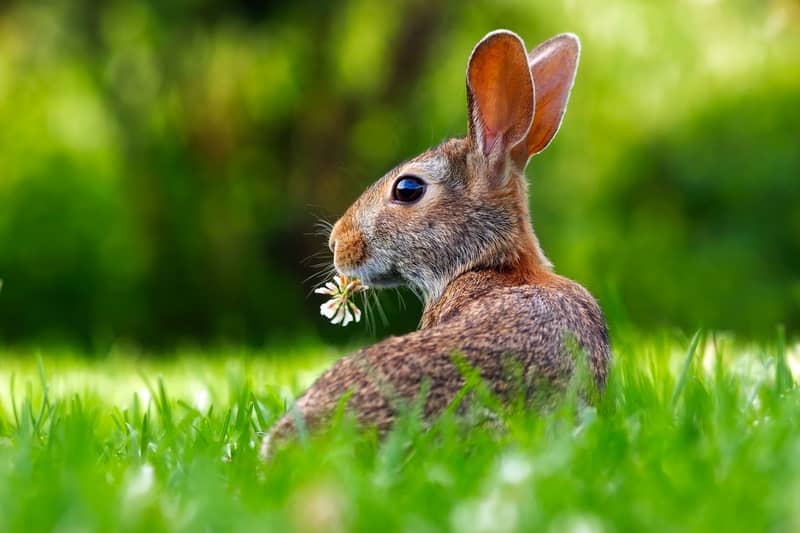 In this article I will explain to you what does it mean when you see a rabbit and the dead rabbit spiritual meaning and symbolism.

Rabbits are cute and fluffy creatures that usually symbolize good fortune, abundance, and prosperity. All of us have seen rabbits at some point in their life. Many of you must also have a cute rabbit as a pet in your home.

Rabbits are known for being clever and outsmarting most of their predators. Bugs Bunny in the Looney Toons cartoon is the classic example of the clever rabbit. He would always outsmart other animals by using his brains.

If you have never had a pet rabbit, then it is alright because you spot many of them in the wild. However, coming across a rabbit as you experience some cosmic spiritual changes can mean something. We will be telling what it means to spot a rabbit and different kinds of superstitions related to dead rabbits.

Article Content hide
1) What does it mean when you see a rabbit?
2) What does a dead rabbit mean?
3) 5 Superstitions about dead rabbits

What does it mean when you see a rabbit?

White Rabbits are most commonly spotted along the road or in someone’s home. They are a symbol of inner strength, love, and kindness. In general, rabbits are a sign of good fortune.

However, white rabbits are specifically known for being a symbol of good luck and a lot of positivity, and some creative opportunities in your life.

European cultures consider white rabbits to be a blessing in disguise. Many Europeans chant the phrase white rabbit on the first day of every month to ensure that it brings good fortune into their lives.

The black rabbits are the exact opposite of white rabbits, just like the yin and yang energy forces. Black rabbits often symbolize negativity that brings pessimistic energy along with itself. Spotting a black rabbit can indicate depression, helplessness, and stressful life.

Many people dream of black rabbits. Seeing a black rabbit in your dream is a sign that you must remain cautious. There can be some trouble brewing your way.

Grey as a spiritual color symbolizes compromise and intellectual well-being. It is a combination of the black and white color, so it also represents balance and diplomacy.

Spotting a grey rabbit is not considered to be a good sign. It means that you may get tricked by someone.

Grey rabbits are a symbol of dishonesty.

Grey is also a mysterious color that brings along uncertainty with it. So, if you spot a grey rabbit, it is a sign that you must remain cautious.

In other words, you feel stagnated and cannot explore much about your life. In many cases, people also spot the rabbit running away. This means that you must guard your heart against any form of evil energy coming your way.

What does a dead rabbit mean?

Spotting a dead rabbit or dreaming of a dead rabbit is not considered to be a good sign. Dead rabbits bring a lot of negativity along with themselves.

Rabbits usually fall prey to other animals. As a result, a dead rabbit also indicates cruelty or your life is running in an opposite direction. On the contrary, death doesn’t always symbolize pessimism.

Death often leaves you hollow highlighting that something is missing in your life. As a result, a dead rabbit can also symbolize that we should try to be more creative while working on ourselves and having a positive outlook on life. If you are having some financial difficulty, the dead rabbit often symbolizes that you must embrace various financial opportunities coming your way.

Dead rabbit on the doorstep

Spotting a dead rabbit on your doorstep can be very disturbing, but it is also a sign that you must understand.

Having a dead rabbit on your doorstep symbolizes two things:

Seeing a dead rabbit in the backyard of your home can symbolize the loss of friendships or relationships. It can also be a sign that your near or dear one is no more in this world.

Spotting a dead rabbit inside your home can be unsettling at first.

However, if it is related to the demise of your pet rabbit, then it can mean that some opportunity that was about to knock on your door has gone amiss. In short, you may lose out on some golden opportunities in life.

In the olden days, fishermen would burn the rabbit if they found them on the net. People would avoid going on their journey to the sea if they found a dead rabbit on the ship.

2. Killing Rabbits in a Certain Way

Some rabbits die out of natural phenomenon and then some are a victim of animal cruelty. Since a rabbit’s foot is considered to be a sign of good luck, they have to be assassinated during the full moon by a cross-eye person.

Certain cultures collect the dead rabbit’s feet and preserve them to ensure that it brings good luck. Olden traditions also believe that rabbit’s foot is the sole cure for rheumatism.

To cure your illness you have to carry the rabbit’s foot in your pocket at all times.

Dreaming of a dead rabbit is considered to be just as bad as spotting a dead rabbit. If you dream of a dead rabbit, then you will face some problems in your relationships with your loved ones. You could even have a fallout with someone close to you.

In other words, dreaming of a dead rabbit is not considered a good sign by many people.

Rabbits are linked to fertility in women.

In fact, in the olden days, a rabbit’s foot is kept close to a woman that enables you to get pregnant and become fertile enough to bear a child.

By now you have understood what spotting a rabbit may mean for your life. In most cases, it is a sign of good fortune and luck and one must remain optimistic about their journey.

Even if you end up coming across a dead rabbit you must understand that is a sign that is highlighting the lack of something that is missing in your life. So, you must work towards things that enable you to do well in life, embrace creativity and also help you grow as a person.

Do you already know what does it mean when you see a rabbit and the rabbit spiritual meaning? Please, feel free to leave your comment bellow!