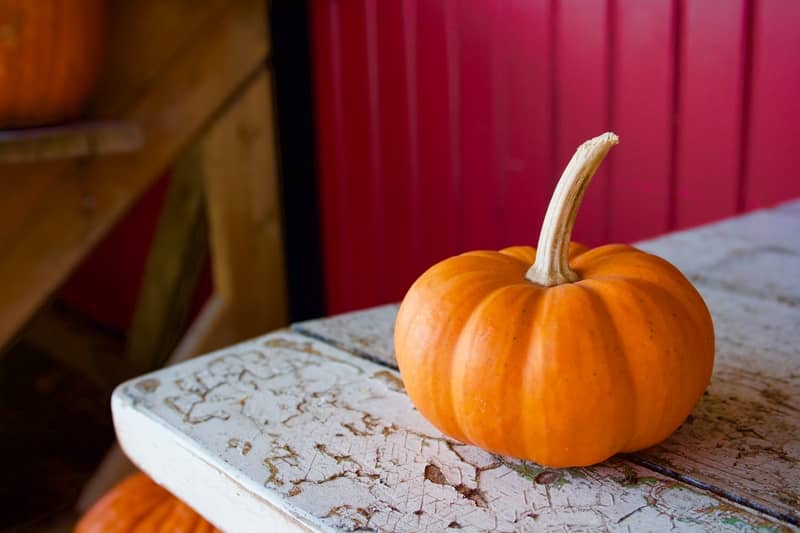 You will see people with pumpkin lattes, pumpkin bread, pumpkin donuts, and much more during a particular season.

Pumpkins tend to make super delicious meals, and people will utilize them in almost all the meals they make when they are on season. Even though people love pumpkins, they have a deeper meaning than just what you see.

Pumpkins carry many spiritual meanings, symbolism and various symbols that you ought to know.

There are so many stories and traditions behind pumpkins that make them relevant to date. This post will enlighten you about pumpkins, what they represent, and their spiritual meaning.

Pumpkins are most prevalent during the fall season, a favorite season for many. You cannot wait to use the pumpkin as a decoration for Halloween. Even though they are essential for such events, pumpkins have more meanings.

Usually, you will find pumpkins mainly during the harvest seasons. When they start coming out, farmers begin to get their harvests from the farm, which is pretty pleasing.

The harvesting season is a sign of fertility and prosperity.

In spirituality, pumpkins show the resilience that someone has. Pumpkins have one common source from which they get their nutrients. These fruits will grow large and always find ways to bulge out even when sparse soil is.

Look at how pumpkins are; they are big, round, and have so much space inside that holds everything.

Another spiritual meaning that pumpkins hold is potential. Usually, they have so many seeds inside them that someone can use to grow even more pumpkins. In the future, if you drop these seeds in fertile soil, be sure to harvest several of them.

Pumpkins also represent the generosity and gratitude that a person has.

In some countries, pumpkins are for Halloween decorations, but you can still find them up during the Thanksgiving season. It is a period in which people give thanks for various reasons in their lives.

If you through several pumpkin seeds somewhere, they will yield many pumpkins. Pumpkins will continue to grow unless you cut down the roots or the central vein supporting the growth of the rest pumpkins.

If you see a pumpkin, here are some of the symbolic meanings you should think of!

Usually, people use pumpkins in making various delicacies. They bring a great feeling when eating them, and they are also great for nourishing one’s body. If you come across pumpkins, it could be a sign that you will prosper in your life.

As you pursue your goals, you know that they will bring positivity to your life. Your hard work will not go unrewarded; instead, you will achieve what you have been working on getting. Also, all your life endeavors will bear great fruits.

Pumpkins are also a symbol of security.

You can always spot some pumpkins somewhere in the seasons where most foods are not available. When fruits and vegetables ran out, pumpkins would always be available in the past.

They were a staple food for many households, and if you stored them well, they would last for a long while.

One pumpkin can be enough to feed a whole family of around 6 or 4 people. They contain so much food, which is a sign of abundance. There is a tale that Native Americans would help the European settlers with pumpkins for their survival.

Pumpkins are rich in nutrients and are great survival foods. They are pretty valuable, which may be why people use them for thanksgiving.

Pumpkins also represent stability because you can grow them in any place you want.

They are good nature plants, and having them around your home shows that it is stable.

They signify that your home is permanent, which gives you some sense of belonging and contentment in their home.

Pumpkin Symbolism: 8 Messages for you

There is quite a lot that pumpkins show, and maybe there is a message it is trying to communicate to you. If you come across a pumpkin, dream about one or eat it, and think about what it might mean. Here are eight meanings for you:

Seeing a pumpkin or the pumpkin seeds can signify that you need to speak up.

If you feel shallow amongst people, this is the time to gather your strength and face reality.

Do not give others the chance to defeat you, speak, and be heard since you also matter.

The pumpkin seeds are usually tiny, but they hold so much value.

If you throw them in the garden, they will yield so many pumpkins, showing their importance despite their size.

Even though your efforts might be small to other people, this should not intimidate you into bringing out the best results.

If you see pumpkins, they might be trying to tell you that you need to stand powerfully in your decision.

It is only you that matters and other people’s opinions should not bring you down.

You should follow your path and not let others lead you or dictate how you conduct your life. Ensure that you do not accept what you know you do not deserve.

Pumpkins also remind that you need to be faithful in your life and in what you do.

Pumpkin seeds are so tiny, but it is the one that yields the beautiful and giant pumpkin. Even though you start small, your life will soon be better, so have faith like the pumpkin seed.

5) Be aware of what is not suitable for you

Pumpkins also remind that you should be aware and get rid of what is not suitable for you.

If something is pulling you down, it is not ideal for you; therefore, get rid of it. You should only have the energy to deal with bringing you peace and blessings in your life.

6) You have a purpose in this life

Pumpkins are purposeful in very many ways. People in the past would rely on them for survival when there were no other fruits and vegetables.

Pumpkins remind that you also have a purpose in this life, and you should fulfill it. To date, people use them as Halloween decorations, and they are also up during the Thanksgiving season.

Pumpkins are helpful during the thanksgiving season. They stay strong even during the winter season, so most people have been relying on them from the past. They are a reminder that you need to be grateful for your life.

People may see a point for intimidating you and pulling you down. Ensure that you do not subscribe to such and only go where there is love.

Be ready to face the jealousy in people but ensure that it does not bring you down. Always walk with those that give and show you love.

What Does a White Pumpkin Mean?

You can rarely find white pumpkins, and in some cultures, they refer to them as ghost pumpkins.

Also, these pumpkins can mean uniqueness.

White is a unique color for pumpkins, so there may be something special if you see one. For instance, if you have suffered the loss of a loved one, you can use a white pumpkin as a symbol of remembrance of that person.

What Do Pumpkins Symbolize in Dreams?

Pumpkins hold so much meaning when it appears in a dream. It can be a sign of closure once you realize that something has come to an end.

Maybe you quit your job or relationship, pumpkins in a dream will prove that it is now the end.

Moreover, pumpkins in a dream show that you are ready for new beginnings and experiences.

They show transformation and could signify that your desires will come to be. Pumpkins in a dream also give you a heads up to accomplish certain essential things in your life.

Often, people use pumpkins during decorations as a means to show happiness.

Also, in spirituality, people believe that pumpkins are a source of good luck.

They are known to be a sign of abundance, prosperity, fertility, and new beginnings.

Pumpkins are a sign of joy and success in one’s life. If you see them in a dream, see or eat them, then believe a vital message for you. Most times, pumpkins are known to bring good things in life.