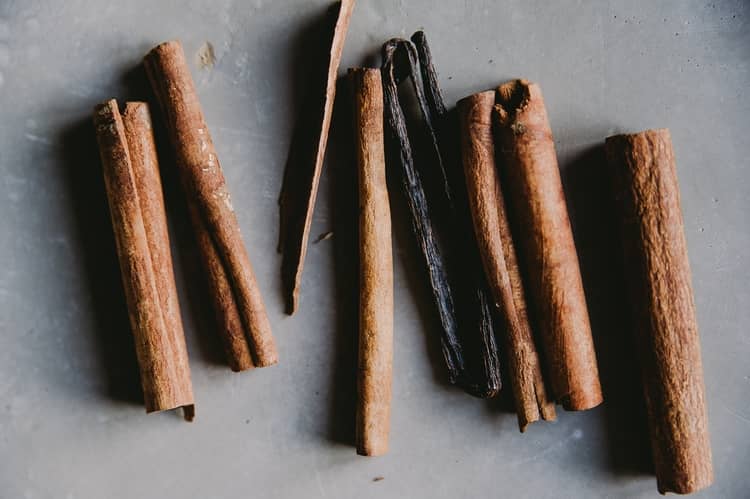 If you have always seen cinnamon from the natural perspective, then I am about to give you a paradigm shift. After reading this article, you are going to begin to make good use of the cinnamon in your house and garden.

When I discovered the power of cinnamon and how it has changed people’s lives, I ensure to never live a day without the cinnamon leaf or stick – just to keep that spiritual atmosphere around me. Cinnamon is powerful if you know how to use it and what to expect.

In the olden days, cinnamon was considered a gift fit for the gods because of how sacred it is. It is believed that cinnamon is one of the most expensive trees in the 1st and 2nd centuries. It holds a lot of treasure, which merchants of old recognized and always valued.

There are 7 spiritual properties of this tree, which you need to know – so that you can enjoy them.

Cinnamon is a magical tree that holds a lot of power and energy. It is one of the most revered trees in witchcraft practices.

Therefore, there is more than what you see and know about cinnamon.

Let us take a deeper look into the magical properties of cinnamon and how it will transform your life for the better.

1) Cinnamon has magical properties for purification

It will expel every negative spiritual energy that might affect how you receive messages from the beyond. It will thoroughly purge you from all these negative energies, and leave you fresh and pure.

You might hurt yourself or attract evil forces to you whenever you practice magic with such a contaminated tool.

You must ensure that the energy, which emerges from your magical tool is pure before you can perform your magic.

2) Cinnamon is a good herb for consecration

With cinnamon, you can consecrate yourself.

This is different from purification. Consecration is done when you are about to practice magic for the first time.

This can also be done by those who are not practicing magic. You can simply use cinnamon to keep yourself away from anything that will defile you.

Purification is cleaning yourself after you have been contaminated or exposed to contamination. Whereas, consecration is what you do to prevent yourself from being contaminated.

Cinnamon will do the perfect job for this. Its sacredness and purity have enough powerful energy to keep you pure – even when you come around impure people or touch unclean objects.

By keeping the cinnamon leaf in your pocket, you can create sacred energy around you for consecration. Most times, consecration is done before you go out. By doing this, you have released powerful energies in the atmosphere to protect you from defilement.

3) Cinnamon has magnifying properties, which boosts your psychic abilities

If you are psychic, staying around cinnamon will amplify your abilities. It will increase your intuition and make your vision clearer.

The reason for this because cinnamon is a powerful source of magic. Therefore, staying around such a source will stimulate and amplify your gifts.

Even if you don’t know that you have psychic abilities, staying around cinnamon or having it in your house will increase your awareness of the ability in you. And it will stimulate you to begin to put it to good use.

4) Cinnamon has magical properties for seduction

This might not be a positive one, but it is one of the properties of cinnamon. It can be used to seduce a man or a woman.

If you have someone you love but do not reciprocate the same, with cinnamon, you can knit the heart of such an individual to yours, and make him/her do your bidding.

The aroma that comes from cinnamon holds seductive powers and is good to seduce anyone you want.

5) Cinnamon is good for love spells

This is for couples, who have realized their dwindling love. To bring that love back to life, cinnamon is good for this. Just like it has a good smell for seduction, the smell can also be used to bring back lost love between couples.

Therefore, if you notice a breach between you and your spouse, then cinnamon will do a perfect job because it has magical properties that align perfectly with what you need.

I love the smell of cinnamon. This is one of the reasons why I keep it around me. Imagine if my spouse has the same aura, I will never let go of her.

Therefore, you can use cinnamon to rekindle the fire of love and passion between couples.

This is one of the things I use my cinnamon stuck and leaf for. The protection I enjoy is massive. Most times, I always feel a change in energy when I enter my apartment.

Without burning the sticks or using the leaves, the fact that I keep cinnamon in my house has created a strong defensive aura around my house.

Therefore, cinnamon is good for protection against evil. If you are beginning to feel insecure – either because of a threat or maybe it is just your intuition, then you can use cinnamon to protect yourself against evil occurrences.

This is real. The power of cinnamon will protect you.

The magical powers of cinnamon have a lot of benefits. However, another common property of cinnamon is how it has made people successful in the past.

It is believed that the aura of cinnamon can make you rich in a matter of months.

This is why a lot of people burn cinnamon sticks and perform a lot of rituals with cinnamon to attract luck and prosperity into their lives.

Therefore, if you are looking for a good reason to use cinnamon, then this is it. Cinnamon will attract money into your life.

You will experience a major shift in your finance. You like that – don’t you?

You can activate the power of cinnamon through several means. There are at least 3 different ways to do this:

These are the 3 powerful ways of using cinnamon to your advantage. However, burning cinnamon sticks is powerful because of the following benefits you stand to enjoy:

You will invoke spirits

If you practice magic often, then burning cinnamon sticks should not be new to you. You know what it does.

However, if you are new to the practice of magic, then one of the best ways to invoke spirits is through burning cinnamon sticks.

It is believed that the smell of cinnamon is appealing to spirits and it attracts them. Therefore, whenever you want to invoke spirits, burning cinnamon stick is an essential ingredient to this effect.

You will attract good luck

I have stated earlier that cinnamon has magical properties for attracting good luck into your life. If you want to make this happen, then all you have to do is burn 7 cinnamon sticks and walk around them while speaking out positive affirmations.

By doing this, you will attract good luck into your life. You will notice a change in your chi/aura. Once you notice this, the next thing is to expect a lot of good things to begin to happen.

Burning cinnamon sticks will give you clarity

From my experience, the smell that comes out of cinnamon sticks is soothing to the emotions. Whenever I am fogged-headed, this is what I do.

I simply burn a cinnamon stick and allow its fragrance to engulf me.

The more I inhale this, the better I get. Therefore, whenever you burn cinnamon sticks, you will have a clear head to know what to do and where to go.

It is believed that the spirits are always giving direction whenever you burn cinnamon sticks.

Will protect you from negative energies

The smoke of cinnamon is believed to form a shield around us for protection. Therefore, you must ensure that the smoke is thick enough to cover you.

Once the smoke is thick, walk into it and speak words concerning protection. By doing this, you will activate the spiritual power in cinnamon sticks for your protection.

Majorly, what it does is to take away every form of negative energy from your life, and protect you from such energies.

These and many more are the spiritual benefits of burning cinnamon sticks.

There is nothing you cannot achieve with this, once your desire perfectly aligns and you allow it to fill you up while burning cinnamon sticks, you will experience everything you want and get whatever your heart desires.

Some magical uses of cinnamon

Cinnamon is ruled by fire and it has close ties with Aries – the god of war.

Therefore, you can be sure of using cinnamon to magically ignite your passion and desire for a thing. Cinnamon does not only fuel love. It feels like a strong passion for success.

Another magical way to use cinnamon is for an abundant energy supply. Whenever you want to perform powerful magic, you can leverage the power of cinnamon to support your energy for a successful magical act.

Can cinnamon help me to be happier?

Yes! It does. Cinnamon is one of the magical herbs that motivates you to keep working on your dreams. It does not only achieve this; it also keeps you optimistic about everything around you.

Cinnamon keeps you positive. With cinnamon around you, no negativity will thrive. Therefore, every form of depression, anxiety, and fear will be dissolved by the power of cinnamon. If you need a powerful magical ingredient for happiness, then cinnamon is a good pick.

The pleasant smell and how it resonates with your emotion will make you happy, confident, and ready to keep moving with your life.

Can cinnamon harm me?

There are certain health issues with using too much cinnamon. I will spell out a few of them:

However, magically, the presence of cinnamon around you will keep you safe from harm. You don’t need to eat cinnamon before you enjoy the power imbued in it.

Just keep it around you and the power will ooze out to protect you. Therefore, there are no magical or spiritual side effects to using cinnamon.

Cinnamon has changed my life beyond what I expected and this has been the same testimony for everyone who has used it. Therefore, you can be assured of its potency. Whatever it is you desire, the power in the cinnamon herb will bring it to pass.

Cinnamon is beautiful to use because of its purity and how sacred it is. It is also connected to magic and gives great energy support while performing powerful energy.

If you need good luck, prosperity, and protection, then you have just been exposed to the secret to achieving all this magically. The cinnamon stick is the answer.

So, do you already know. all the magical properties of cinnamon? If you have any question, just leave your comment below!