Home » 11 Spiritual Meanings of Killing a Snake in a Dream

11 Spiritual Meanings of Killing a Snake in a Dream 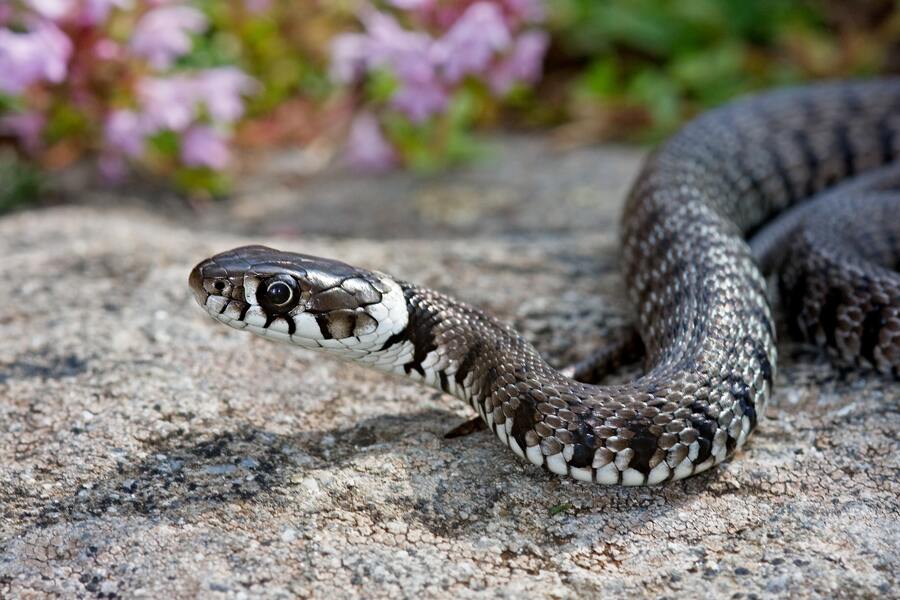 Snakes are one of the most prevalent examples of universal archetypes and are frequently associated with good and bad meanings.

According to Psychoanalytic theories, the phallus is symbolized by a snake.

When things are hard in your life, you might have a dream about killing a snake. This dream means things are going to get better.

Don’t give up! If you get into a fight with a rival or business competitor, you’ll come out on top. Now is not the time to stop trying.

If you have this dream, you are slowly but surely getting the better of your problems. You will soon defeat your enemy or the issues you’ve been facing.

You’re in a tight spot if you dream that you can’t kill a snake. Most likely, your efforts to improve things aren’t making a difference.

I kill a snake in my dream: Is it normal?

Suppose you have dreams in which you are killing snakes. In that case, it may indicate that you are trying to stifle your sexual desires or certain components of your personality that may be seen as repulsive and immorally undesirable.

It could also signify that you are in the process of recreating yourself and separating yourself from the negative thought patterns and poor habits you have developed in the past.

According to the interpretations of some different dream books, killing snakes in a dream can represent several different things, including:

To decipher the meaning of your dream, you need to take into account the circumstances in which it occurred, the associations you have with the components of your dream, and any feelings you might be going through at the time you are having the dream.

What does a dead snake mean in a dream?

Dreams about dead snakes can have a variety of meanings, depending on what the dreamer is going through in their waking life at the time the dream is had.

While some provide guidance and counsel, others issue warnings and cautions.

Any dream in which you see a dead snake represents the presence of divine intervention in the events of your life.

If you have a dream about a dead snake, it is trying to tell you that everything has an end, both the wonderful things and the bad.

As a result, you need to organize your life so that the conclusion of each stage ushers you into a better and more secure location.

Only if you are self-aware and disciplined enough to concentrate on the positive aspects of your life can you make this a reality.

What does killing a snake mean spiritually?

If you were able to kill the snake in your dream, this might be seen as a sign that you will come out on top in a contest or a dispute with an opponent.

Snakes represent abundance, marriage, success, wealth, money, and the actualization of one’s dreams, according to ancient Chinese readings of dreams.

The traditional account of what happened in the Garden of Eden describes how a serpent tempted Eve to eat the fruit that was off-limits.

Because of this well-known tale, snakes have come to be widely associated with the concept of temptation.

If you’ve ever dreamt about killing a snake, it could be a sign that you’ve been struggling to resist giving in to a particular temptation in waking life.

If you dream of killing a white snake, it indicates that you can see through an appearance of fake purity or innocence.

Someone you encounter in your waking life gives off the impression of being adorable, charming, and kind and having your best interests at heart.

If you dream of killing a white snake, you have eliminated their power to deceive you by pulling the wool over your eyes.

To dream that you have killed a black snake is symbolic of the eradication of something or someone negative from your waking life.

Because it suggests dishonesty or a covert objective, this almost always indicates an issue with the body.

If you can put an end to this black snake, it shows that you are not oblivious to the deception and can see right through it.

If you dream of killing a green snake, it indicates that you are getting rid of something unfavorable related to your job, financial situation, or both in the waking world.

If you have bad attitudes, fears, or even experiences that have been hindering you from reaching the next level with the success of your business or income, and if you dream about successfully killing a green snake, then you are moving closer to achieving your objective.

It is a positive omen and a symbol that you will prevail over your adversary if you have a dream in which you kill a red snake.

It is also possible that your adversary will be unable to hurt you in any way.

You have successfully eliminated the threat posed by the sign, which indicates that there will be a passionate affair shortly.

A dream in which you kill a brown snake suggests missing something important in your personal life.

The fact that you are unaware of what is happening in your dream is one of the strangest aspects of it.

You can’t shake the notion that you’re not getting anything important.

Make an effort to examine your own life, and you will discover the solution.

Spiritual meaning of killing a snake in a dream: 11 Messages

1) Integrity and a strong sense of equity

A strong sense of justice could be represented by a dream where you kill a snake.

You incline to perform diligent acts and administer justice on your own own.

This dream warns that your sense of righteousness might be a double-edged sword.

2) Subdue the urge to have sexual relations

Killing snakes in a dream is a common symbol for eradicating unwanted sexual desires or other elements of oneself.

The use of drugs, alcohol, or sexual activity could be the subject of this statement. Among Freud’s interpretations of phallic symbols, snakes in dreams fit the bill.

Dreaming of killing a snake may represent your subconscious need to stifle your sexual urges.

If you dream of killing a snake, it could be a warning that you will be betrayed, deceived, or gossiped about in the real world.

Because most snakes are poisonous, dangerous creatures, they are often used as a metaphor for people who drain your energy.

To dream of killing a snake is a warning that you will soon be able to see through the deceptions of those around you and will not hesitate to expose them.

The elimination of a snake in a dream may foreshadow an unplanned pregnancy.

It could be that you are not yet prepared for parenthood or that you are having financial difficulties. Maybe you don’t feel like having kids.

Dreaming about killing a snake may indicate that you are trying to suppress your sexual desire.

Your mind may be trying to calm your nerves about the procedure by suggesting an abortion.

If you dreamed of killing a snake, it could signify that you’re having trouble settling your mind about an important life choice.

Maybe you’re having difficulty dealing with the people in your life.

Or perhaps you’ve been pretending to be happy when, in reality, you’re not fulfilled.

Dreaming that you are slaying snakes is a symbol of your unyielding bravery.

You never back down from a challenge, no matter how severe or difficult it may be.

You’ve overcome a lot, and now you know you can handle anything life throws you.

You know what you want and will stop at nothing to get it.

7) Commitment For the Future

Dream that you are eating a dead snake.

As you embark on a new beginning, you are eager to gain wisdom from your past mistakes.

This dream shows your commitment to avoid making the same mistakes as before.

You have grown in understanding, maturity, and concentration since you were first introduced into this world.

Your scars no longer represent the anguish and agony you’ve endured.

You don’t hide them since their reminders of the triumphs you’ve earned.

8) Think Beyond the Horizon

Imagine a dead snake swimming downstream with the river current in your dream.

In this dream, a dead snake is seen crawling down the surface of a river and following its flow.

This dream is trying to remind you to broaden your perspective and recognize the various opportunities available to you now.

Avoid remaining still for an extended period. If you want to develop and accomplish what you set out to do, you must be willing to go with the flow of life.

You won’t be able to seize possibilities that lie beyond the horizon unless you leave your comfort zone.

9) Your Loved ones are Against You

Did you have a nightmare that a dead snake bites you? Someone you care about and put your trust in will betray you at a time when you require their assistance the most.

By showing you this dream, your subconscious is preparing you for deceit and betrayal from those in your inner circle.

In addition, this dream is trying to remind you that when you decide to kick a harmful habit, you should do so with all of your might.

The beneficial work you have been putting in to clean up your life will be undone if you take half measures.

No problem is too small to ignore.

A little snake’s toxin can kill.

This deceased snake is related to your ‘later’ concerns. Don’t miss the deadline.

Dead snake in a dream advises against the bad company.

Your buddies define you. If you want a positive existence, surround yourself with believers.

These folks will drive you to succeed.

Is killing a snake in a dream a bad spiritual sign?

If you have a dream in which you kill a snake, it is a positive omen that you will come out on top in an upcoming competition or dispute with an adversary.

On the other hand, if you cannot kill the snake, it can be a sign that your company is heading in the wrong direction.

Your subconscious is telling you to be more cautious by showing you a dream in which you kill a snake.

An undesirable scenario, like tension, grief, or disagreement, which you must face, and the success of which depends on your efforts, is referred to as “killing a snake” in this proverb.

Should I be concerned?

When it comes to dream meaning, the killing of a snake can mean several different things depending on the context.

Dreaming of a snake is commonly associated with feelings of ardor in romantic contexts.

According to one school of thought, having a dream involving a snake represents something bad, such as people becoming envious of your efforts or having a problem with your competitors in business.

There is no guarantee that you will recall every step of the scenario you saw in your dream. Consequently, as soon as you wake up, you need to write down as many specifics of this dream as possible.

The longer it takes to complete this task, the higher the risk that you will forget most of the information.

In most cases, having a dream in which you kill a snake is an omen of good fortune and a sign that your plans will be successful.

The challenges you’ve been facing will soon be behind you, according to the message of this dream.

This should encourage you to put forth even more effort than before. Maintain a fearless and confident attitude as you move forward toward your future.