8 Stink Bug Spiritual Meaning and Symbolism. Are they good luck? 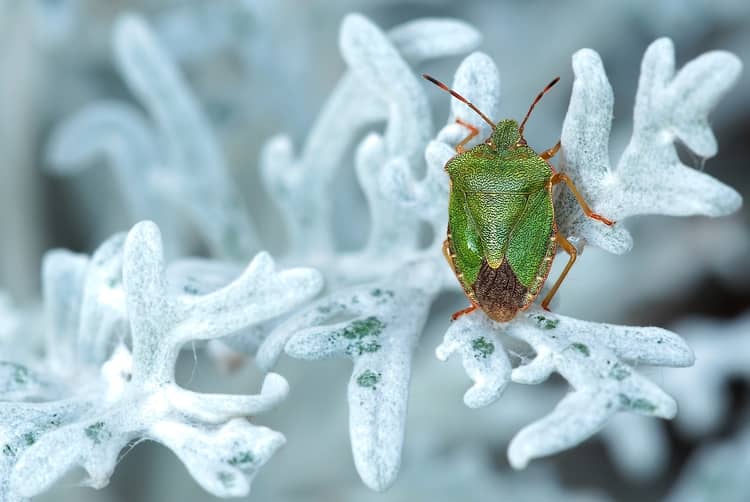 The stink bug is one of the insects I hate. But the stink bug spiritual meaning and symbolism is not always bad.

However, I have come to pay close attention to them in recent times and I realize that they are one of the most significant spiritual animals that can guide us.

I have paid close attention to the stink bug over the past few weeks, I have watched closely at how it behaves and relates to its immediate environment. I have come to realize that, having a stink bug as a totem is a perfect way to be guided by the spirits.

The stink bug has a spiritual relevance and they are symbolic of a lot of things, which happen (or will happen) in our life.

What is the stink bug spiritual meaning? 8 Meanings

The stink bug is covered by a hard shell layer, which is strong enough to protect them from harm.

In the same way, whenever you see a stink bug around you, then you should know that the spirits are telling you to protect yourself from negative occurrences or situations. There are many times when something bad wants to happen to us, which we are not aware of.

The spirits will often send stink bugs our way to tell and show us that something is about to happen. This is why you need to pay attention to the stink bug – most especially when it is always around you. This is telling you that you need to protect yourself.

Apart from the hard shell layer, the stink bug also releases a foul smell as a defense mechanism whenever it feels threatened.

I once killed a stink bug and I can tell that the smell was barbaric. Ever since I have never attempted to kill a stink bug again. The foul smell it releases whenever it feels threatened repels predators away. Whenever you see a stink bug, you must know that it is a sign to protect yourself from evil happenings.

A stink bug is known to camouflage itself to adapt perfectly to its immediate environment. This is a spiritual message to us as well.

Whenever you see a stink bug around you, it means that you need to learn how to adapt to your environment or change your approach to situations around you. It also signifies a change in negative behavior.

Whenever you see a stink bug, it means that you need to change your behavior and begin to behave aright. The best way to do this is to check inwardly and observe the negative behaviors you have, which are making you look strange and offensive to people around you.

Since you have noticed it, then you can beckon on the universe to help you or begin to devise ways and means to perfectly change.

I have lived in an environment, where I found it difficult to thrive and settle in. however, after the spirits sent a stink bug to me, I instantly knew that the problem is not with the environment, but with me.

I had to take some time off to review my inner self and began to make amends. Within a few weeks, I had blended well and began to thrive greatly in my relationship with others and self-perception.

This is why you should never take a stink bug lightly. Most especially, when they begin to appear around you consistently.

A stink bug works hard. If you watch the way a stink bug moves from one plant to another, you will see a massive display of energy and persistence at work.

A stink bug goes from plant to plant – it keeps sucking for as long as it wants. This is a spiritual symbol, which passes on a great depth of meaning to you.

Whenever you see a stink bug around you, then it is telling you that you need to be persistent. Maybe you are getting lazy or fed up with working hard on a particular project.

A stink bug’s appearance is simply telling you that, there is something good for you ahead – only if you can continue working hard. A stink bug is a motivation for you to work hard and never give up. It signifies a fresh release of enthusiasm and energy to work and keep at what you do.

4) A stink bug can indicate strength

The way a stink bug works tirelessly signifies a show of strength. Therefore, a stink bug might be a way for the spirits to show you how much strength you have on the inside of you.

Maybe you are faced with a difficult situation, which has proved stubborn for long – and you have begun to feel inadequate, weak, and worn out.

The universe knows the insecurities you face every day and sometimes, the spirits can send the stink bug your way to encourage you to keep at what you do. It means the world to us when we know how strong we are. This is what a stink bug can show to us if we learn to pay attention.

The life cycle of stink bug teaches us a vital lesson. A stink bug has 3 stages of metamorphosis. It begins from the egg – nymph – adult.

This is a vital lesson for us to learn. Life is in stages and processes. We cannot skip a process and expect to experience so much growth in our lives. It takes a lot of time for our ideas to fully form, and generate into a full-blown reality.

This is why a stink bug can be a spirit guide to teach us patience.

A stink bug will never grow from an egg – an adult in a single day. This is the same way our lives will never change instantly and suddenly.

This is why our ideas and dreams will never become fully achieved in a single day. It takes time, it takes to process and we must all pass through it.

The bad odor, which comes from a stink bug can be a repellant or an attraction. Whenever this odor is released, it sends away predators and calls other stink bugs to flock around. The message from this can be in 2 forms:

7) Signifies the exchange of energy

A stink bug does not eat plants. They simply suck the life force out of the plants, and this gives them the energy to move on.

This can be done through meditation. In the place of meditation, we gain enough energy and knowledge to coarse through life afresh.

A stink bug is highly intuitive. Therefore, whenever you see a stink bug around you, it is simply telling you to learn to trust your instincts a lot. It is telling you to become more confident in the decisions you make, rather than listening to other people’s opinions.

A stink bug can be a channel of communication between the spirits of the dead and the living. Sometimes, the best way for a message to be communicated from the spirits is through a stink bug.

They can communicate resilience or self-transformation. At other times, a stink bug might communicate strong caution and the need for you to protect yourself from impending danger. A stink bug in spiritualism is a channel that symbolizes strength, resilience, and protection from evil.

The bible talks about how our lives should be sacrifice unto God. It should be a sweet-smelling savor to God.

Therefore, whenever you see a stink bug around you as a Christian, then it is telling you to live a true life, worthy of acceptance to God. Although this type of life will cause you to lose a lot of friends, it will cause a lot of people to hate you; just like the foul smell of a stink bug makes it repulsive to people.

However, it is what God sees and that is what he accepts. Therefore, as a Christian, a stink bug will appear around you to challenge you to continue to live an acceptable life to God in every manner.

For native americans, a stink bug (mostly brown stink bugs) symbolizes an increase in energy, level or relationship, and self-transformation.

Recently, there has been an upsurge in the invasion of brown stink bugs. Therefore, when you see a stink bug around you as a native American, in line with all the spiritual meanings mention previously, you should pay close attention to the word increase. You need to double up on everything you are doing. You need to double your efforts.

Whenever you dream about stink bugs, it simply talks about the deepest desires of your subconscious mind. It can mean a deep need for attention or affection.

It can also mean a deep warning sign, which brings up a need for you to protect yourself from unseemingly negative events. Seeing a stink bug in your dream simply reveals how you should always be on the guard and never ignore your intuition.

Should I be concerned about the spiritual meaning of the stink bug?

You should be concerned about the spiritual meaning of a stink bug. The messages they pass across to us are always beneficial and divine.

They are always there to guide us and tell us what to do. Most time, when we feel fearful, a stink bug suddenly appears to give us courage and resilience. Therefore, paying attention to the spiritual meaning of the stink bug is beneficial and necessary.

7 thoughts on “8 Stink Bug Spiritual Meaning and Symbolism. Are they good luck?”