Home » Is it Bad Luck to Kill a Cricket? Why are Crickets Good Luck

Is it Bad Luck to Kill a Cricket? Why are Crickets Good Luck 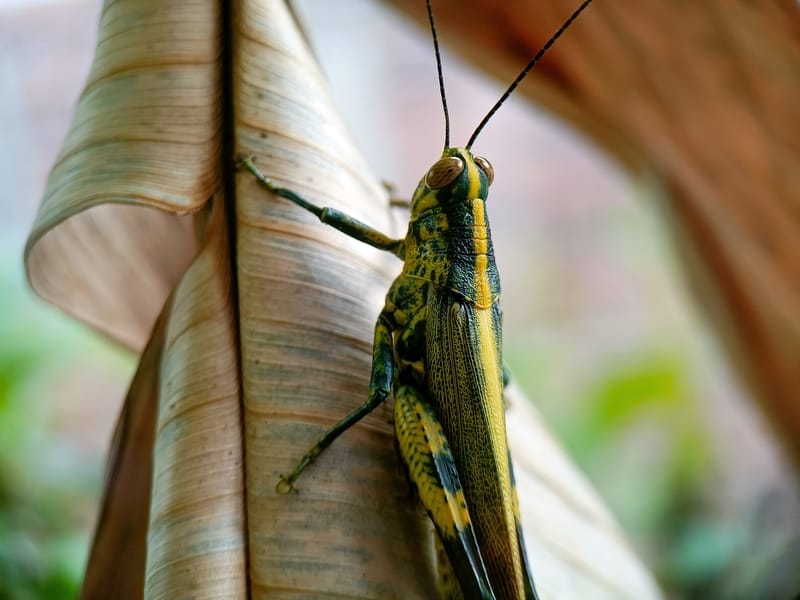 So, is it bad luck if we kill a cricket? Well, it seems like yes. Crickets have been known as a signal of good luck in many cultural beliefs. A cricket in the fireplace has been considered auspicious for thousands of years.

Many believed that the cricket’s chirping would stop when danger came. Crickets were thought to bring good fortune to Native Americans. They also avoided imitating the insect’s humming out of compassion for it.

According to bug beliefs, killing a cricket, even accidentally, is extremely bad luck. However, we will discuss crickets and their different meanings in this blog post. Let’s start by discussing four signs of crickets in the following section.

So, what exactly do crickets indicate? Let’s take a look at four different cricket signs and evaluate them according to a variety of factors.

Crickets, according to Native Americans and tribes from the western part of the world, are a sign of good fortune and good luck in general. Generally speaking, crickets are considered to bring good fortune throughout the world (spiritually).

However, Native Americans are primarily responsible for the belief in fortune and good luck.

Despite their small size, crickets are capable of surviving in harsh environments. As a result, many people consider the crickets to be a symbol of bravery. So, when we see crickets, it may be a sign that we should be brave and steady when things get tough.

Crickets, on the other hand, are not considered to be a spiritual or metaphorical sign in many Mexican traditions. Crickets are considered to be living creatures, and they are occasionally used as food.

In addition, fighting spirit is associated with insects such as crickets and cockroaches. They can move quickly and avoid any danger that may come their way. As a result, the connotations of crickets include courage and battling spirit.

Crickets are a bringer of joy and peace into one’s existence. It’s long antennae show intuition and sense, as well as a connection to the spirit world and enlightenment, as well as how these things can be learned.

You can connect with the divine with the help of this spirit animal, which increases your sensory awareness and teaches you to trust your intuition and spiritual direction.

However, crickets can also indicate evil. Learn about this in detail in the following section.

Crickets might alert you to the presence of evil in your neighborhood. When they feel or detect danger, they immediately cease chirping and moving around in their cage.

This can also serve to alert us to the presence of evil in our immediate vicinity. When predators are around, several tribes think that crickets stop singing, and they use crickets as talismans to protect themselves.

Next, we’ll discuss if crickets are good luck or not. We’ve already said that crickets are a sign of good luck and prosperity, according to many cultural beliefs. Let’s analyze the belief in detail in the following section.

Crickets are well-known for playing an important part in sending messages of happiness, serenity, and good fortune to people all across the world.

The cultures represented include the Japanese, the Chinese, and Native Americans, among others.

People revered the music of crickets hundreds of years ago, and crickets were frequently kept in cages so that people could listen to the song on a constant schedule.

As a side note, crickets were commonly regarded as watchdogs for a significant chunk of their evolutionary history. But, are crickets a good luck sign when it’s in your house? We’ll talk about it next.

Are Crickets in House Good Luck?

Many people believe that the presence of crickets in homes signifies foreshadowing. It means that someone surprised you and paid for you to go on a trip to do something you want or bring you good luck.

In contrast to a casual visit, the sudden arrival of crickets in a residence brings more good luck. It’s a good sign that they’re in the house when there are no insects or bugs except crickets.

Crickets, whereas most bugs are labeled pests, are welcomed into homes to bring good luck. Crickets in the fireplace are said to attract good fortune.

Only a few believe that black crickets are bad luck.

On the other hand, many people may not wish to have insects such as crickets in their homes. In this situation, it is preferable not to kill the cricket but rather to remove it from the situation.

However, many people assume that removing crickets from the home is a sign of bad luck, which is not correct.

However, there are instances when the cricket may be harmed by animals or cleaning materials. Then, it’s preferable to rescue it alive rather than allow it to die.

Is it Bad Luck to Kill a Cricket?

Killing a cricket has terrible karma. A cricket’s appearance is a favorable omen. The Chinese utilized cricket cages to keep the relaxing sounds of crickets close at hand at all times.

Killing crickets is considered a sin in Asian culture due to their status as defenders. It’s because people have been singing and making noises in the face of misfortune for thousands of years.

Impersonating the sound of crickets, which is cherished as a symbol of good fortune in Native American custom, is considered bad luck.

Because the sound of chirping crickets is considered a good omen in Western civilization, killing one in one’s own home is frowned upon.

Why are Crickets Good Luck? 7 Reasons

In this part, we’ll look at seven different reasons why people believe that crickets are a sign of good fortune. Other than that, some of the arguments are not spiritual at all.

For almost 2,000 years in Chinese history, crickets were a sign of wisdom and prosperity, so much so that the term “Cricket Culture” was coined. The sport of cricket was honored in three distinct eras during this period.

The Crickets’ song was appreciated in the first era. However, in the Tang Dynasty, people began keeping crickets in cages so that they might enjoy the sounds.

Cricket fighting has also grown in popularity as a recreational activity. Cockroaches and other insects frequently appear in ancient Chinese literature.

Well, crickets can indicate love and peace. They are also good luck. But, one of the reasons why people consider them good luck is because they are a sign of wealth.

Every year, hundreds of eggs are laid by crickets. In traditional Chinese culture, having a big family is seen as a sign of health and a way to make money.

So, farmers in ancient times started to prepare crops for springtime production only after hearing the chirping of crickets around the field.

Well, protection is a common reason why many consider crickets to be good luck. Crickets have long been regarded as a form of protection in China and Japan since they stop chirping if any sort of evil approaches.

Craftsmen in the Middle East and Europe used to carve crickets into amulets and charms to ward off evil spirits.

If we consider the example of protection, the following one is the best. An American colonial builder put a copper cricket on the top of the weather vane on Boston’s Faneuil Hall as a sign of protection.

It is said that, in folklore, the wisdom of cricket is a sign of happiness, intuition, and the ability to believe in oneself.

Crickets are known for their capacity to hop over challenging situations because of their jumping abilities. You can use the sound of the cricket as a totem to traverse through the night.

5) The Chirping of Crickets

People have kept crickets in cages for a long time to enjoy their music, from noblemen and famous people to peasants and Buddhist monks.

By dragging their wings together, crickets chirp or sing. Only male crickets sing, and they do so to attract females or to ward off other male crickets.

Many people believe that determining the frequency of cricket chirping can help them estimate the temperature outside. This, however, is only a hypothesis.

Crickets are signs of being rooted to the ground. But, because of their incredibly sensitive antennas, they can pick up small vibes and energies in the air. So, they also signify a link with the spirit realm.

Is it possible that you’re ignoring the spiritual components of your life? The crickets could then serve as a reminder to spend more time on spirituality and spiritual growth.

Overall, crickets are associated with spirituality in terms of several factors. These beliefs, or signs, mainly come from different traditions around the world.

7) Indicates Belief in Oneself

Crickets are considered a symbol of good fortune since they encourage us to be brave. In many cultures around the world, they are also regarded as a symbol of bravery. Crickets, on the other hand, are seen as a sign of good luck for weak countries or tribes.

Confidence, on the other hand, is a significant spiritual connotation of crickets. In many traditions and cultures, it is thought that the message of self-belief is sent through crickets and other small insects.

I accidentally killed a cricket, will I Have Bad Luck?

Instead of killing a cricket, try catching it and releasing it outside.

Note that you may end up throwing your blessings out the window. When a cricket leaves your presence, many people assume that bad luck will follow.

Others, on the contrary, believe that killing a cricket brings neither good nor bad luck to the person who does so. There are superstitions throughout the place. As a result, if you accidentally kill a cricket, don’t be shocked.

How many Years of Bad Luck for Killing a Cricket?

The death of a cricket is associated good bad luck in several cultures, tribes, and belief systems. The bad luck, on the other hand, hasn’t been estimated or timed in any way.

In other words, there’s no way to accurately anticipate how many bad years you’ll have if you kill crickets.

However, it should be noted that these signals, indications, and other pieces of information were derived from individual and cultural ideas. As a result, not all of these considerations need to apply to everyone.

Depending on who you ask, any of these things can mean anything or nothing to you.

We’ve talked about a whole lot of aspects of crickets and the luck associated with the creature. It seems that crickets all around the world are mainly considered a sign of good luck. However, killing crickets is a matter of confusion.

Killing a cricket is considered bad luck, but not when you kill one accidentally. But, many believe, irrespective of whether you kill intentionally or not, it’s bad luck to kill crickets.

Overall, if you’re feeling confused, consider correlating the spiritual messages, symbolism, and other interpretations that we’ve offered in this blog post to your own experiences.

Whichever definition corresponds to your current situation is appropriate for evaluation. We’ll see you another day with another spiritual topic.

3 thoughts on “Is it Bad Luck to Kill a Cricket? Why are Crickets Good Luck”